Earlier this year VMware announced the next generation of vSphere; vSphere 7.0 with Kubernetes; an end product released directly from the Project Pacific vision. To transform vSphere into a platform for modern applications it was rearchitected from the ground up. Initially the Kubernetes functionality was only available through VMware Cloud Foundation (VCF) 4.0, since it relied on using NSX-T and vSAN as the network and storage providers.

Modern applications span Virtual Machines and containers, stateful and stateless workloads. A single platform is needed that can run these types of applications, whilst removing silos, operating complications, and workload sprawl. With the introduction of vSphere 7 Update 1; Kubernetes integration is renamed vSphere with Tanzu and is the major focus of this release. To provide developer-ready infrastructure to existing customers, vSphere 7 with Tanzu now runs on top of vSphere and vSphere Distributed Switches (vDS) without the need for the full VCF stack.

Why vSphere is Relevant to Application Modernisation

Over the years organisations have accumulated millions of lines of custom software code, including the mission-critical systems that run their organisations. In most cases this code was built to do a job reliably, but not to quickly change and evolve. In todays society businesses need to convert an idea into a feature or production software faster, and rapidly change services based on customer feedback. Failure to take products or functionality to market quick enough can impact business operations and revenue.

In addition, a build up of tech debt has left IT teams maintaining vast amounts of software and hardware, meaning refactoring applications to run in native cloud services is often slower, more complex, and more expensive than anticipated.

In contrast to legacy applications designed around the physical infrastructure, modern applications are typically deployed using Infrastructure as Code (IaC). VMware customers are depending on applications as the primary part of their business model more than ever before, to ensure they stay relevant in the market.

Over 70 million workloads run on vSphere today, and over 80% of enterprise applications. vSphere with Tanzu embeds a Kubernetes runtime in the hypervisor; allowing developers to consume infrastructure through the Kubernetes API, while IT administrators manage containers as first class workloads along side Virtual Machines in vCenter. This makes vSphere with Tanzu the fastest way to get started with Kubernetes and modernise workloads or deploy new applications, without having to procure new products, and upskill IT staff.

What’s New with vSphere with Tanzu

vSphere with Tanzu brings Kubernetes to your existing VMware infrastructure, introducing bring your own storage, network, and load balancing solutions that can be leveraged to get up and running with Kubernetes in around an hour. To run vSphere with Tanzu a small add-on calculated per CPU is needed, called Tanzu Basic. Customers must have vSphere Enterprise Plus licensing with vSphere Distributed Switches, and must have upgraded to vSphere 7 Update 1.

vSphere with Tanzu utilises any existing block or file storage to present persistent storage volumes. The existing network infrastructure can provide Kubernetes networking on top of vSphere Distributed Switches, using port groups for Kubernetes namespaces, or NSX. NSX can also be used for load balancing or your own L4 based Load Balancer. At the initial release the supported customer Load Balancer will be HAProxy, although the open API will allow any Load Balancer provider to be eventually integrated. The presence of the Tanzu Kubernetes Grid (TKG) service ensures conformity with upstream Kubernetes, enabling migration of container-based applications across different Kubernetes based platforms without refactoring.

VMware Cloud Foundation with Tanzu is still the preferred approach for running Kubernetes at scale, since deployment and policies can be automated and centralised. VCF with Tanzu uses NSX for virtual networking and load balancing with vSAN for storage.

Further Tanzu Advanced and Tanzu Enterprise editions focused on DevOps delivery of workloads on Kubernetes and automation, aimed at refactoring applications, are expected to be made available as the product expands.

A SmartNIC (Network Interface Card), runs with an onboard DPU (Data Processing Unit) capable of offloading x86 cycles from the main server CPU. By taking care of network, security, and storage tasks like network I/O, micro-segmentation, and encryption, more compute power is made available for VMs and applications. As well as high speed Ethernet ports, the SmartNIC features an out-of-band management port, and is able to expose or directly pass-through PCI bus devices, like NVMe, to the core CPU OS. The SmartNIC is essentially a mini server inside of a NIC.

Project Monterey is another fundamental shift in the VMware Cloud Foundation architecture, by moving core CPU tasks to run on the SmartNIC. To do this, VMware have partnered with hardware and SmartNIC vendors such as NVIDIA, Intel, Dell, Lenovo, and HPE. The SmartNIC will run ESXi simultaneously with the main instance, these can be managed separately, or for most as a single logical instance. The SmartNIC instance of ESXi is going to handle the network and storage tasks mentioned above, reducing the burden on the main CPU. Furthermore, this second ESXi instance creates a security airgap in the event the hypervisor is ever compromised. Now that the virtualisation layer is separate from the application layer, apps are in a trust domain where they cannot be impacted by things like side-channel attacks from the virtualisation layer.

In addition to ESXi, the SmartNIC is also capable of running a bare-metal Operating System (OS), which opens up the possibility of VCF managing bare-metal OS, and delivering the same network and storage services as VMs or containers. Lifecycle management for the SmartNIC and ESXi is all rolled up into a single task, so there will be no extra operational overhead for VMware admins. Although there is no product release directly tied to Project Monterey it is expected that, much like Project Pacific, functionality could materialise over the next 12-18 months.

Finally, since most SmartNIC’s are based on the 64-bit ARM processor, VMware have successfully ported ESXi over to ARM. Whilst ESXi based compute virtualisation has traditionally run on x86 platforms, VMware and ARM have worked together to release ESXi on ARM, initially as a Fling.

Although there are multiple SmartNIC providers and collaborations that are in flight with Project Pacific, the big one to come out of VMworld 2020 was between VMware and NVIDIA. NVIDIA invented and brought to market the GPU, transforming computer graphics and the gaming industry. Since then, the GPU itself has evolved into a diverse and powerful coprocessor, now popular in particular with Artificial Intelligence (AI).

The NVIDIA Mellanox Bluefield-2 SmartNIC will eventually be integrated with VMware Cloud Foundation. This provides customers with data infrastructure on a chip at the end of each compute node, accelerating network, storage, and security services for high performance hybrid cloud workloads. An example of this technology is using the DPU to handle firewall capabilities, controlling traffic that is actually passed to the host itself to improve threat protection and mitigate against attacks like DDoS.

The data centre architecture will incorporate 3 core processors, the standard CPU, the GPU for accelerated computing, and the new DPU for offloading core infrastructure and security tasks. Since VMware Cloud Foundation can be consumed on-premises, at the edge, or in public cloud, VMware and NVIDIA are hopeful this technology makes it as easy as possible for organisations to consume AI with a consistent experience. You can read the full announcement here, and more information about Project Monterey with Bluefield-2 here. 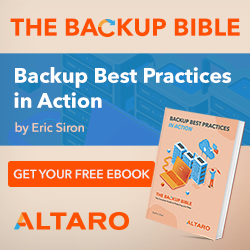 Any views or opinions represented in this blog are personal and do not represent those of my employer. All content provided is for informational purposes and is subject to change without warning. Unauthorized use and/or duplication of this material without express and written permission from this site’s author and/or owner is strictly prohibited. © esxsi.com, 2021.